As Tolstoy famously said, “The strongest of all warriors are these two – time and patience.” On the tail end of fighting through the longest recession in the memories of most alive today, time has brought about many changes. In the first quarter of 2009, more than 2 million jobs disappeared. On March 6, 2009, the Dow closed at 6626 and by the end of the year unemployment had risen to 10 percent. In the first quarter of 2012, more than 600,000 jobs were added, the Dow reached over 13000 points and unemployment nearly fell below 8 percent.

“People experience recessions in such slow motion that they don’t realize how far things have come. The economy came out of recession three years ago, but it’s left a residue on our perceptions,” says Rob Romaine, president of MRINetwork. “When faced with vacancies, managers still fall back on the recessionary mindset of the candidate pool being plentiful, though even in the depths of the recession that wasn’t necessarily true for many types of roles.”
The professional and managerial unemployment rate fell to 3.7 percent in April, its lowest point since 2008. While the rate fell to below 2 percent before the recession began, the current level is quickly approaching so-called “full employment.” 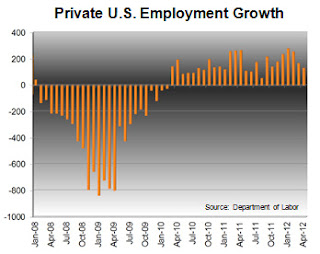 “A tightening labor market, though, isn’t the entire story. While 3.7 percent of professionals may be out of a job today, as you layer on specific qualifications, backgrounds, or years of experience, the number of candidates actively seeking a job can drop to virtually zero,” notes Romaine.
The poor hiring environment for college graduates over the last several years also creates a new challenge. A recent survey by CALinnovates showed 70 percent of companies were planning to hire college graduates in the coming year, up 26 points from 2011, indicating just how poor graduate hiring was during the recession.
The recession disproportionately derailed or delayed the careers of people who graduated college as early as 2005. Now, as employers are trying to hire lower-middle managers—those with between five and ten years of experience—they will be hiring from this significantly diminished population. The long shadow of the recession will be seen in a deficiency of talent availability for at least another decade.
At the same time, Baby Boomers are no longer delaying retirement at the rate they were three years ago. This vacuum at the top is helping to pull talent who had established careers prior to the recession up the corporate ladder, but is exacerbating the donut hole that currently ranges from about one to six years of experience.
“Even if the economy was at a standstill, the world never stopped moving and generations continued to age. Babies who were born when the recession began will be entering first grade this fall,” notes Romaine. “There is never a bottomless pool of active talent in the first place, but the recession has made it so that whatever pool there currently exists is only likely to get smaller.”