Hiring an associate optometrist is a lot like dating. A job seeker will do their best to impress while digging for information. A practice owner will tidy up and try to show the best face of the practice while probing for future issues. Both sides want to know if the other is interested but do not want to seem too anxious. Sound familiar?
As the process moves along, often the associate candidate will continue to push for the job even after the point there they realize that they would rather “keep dating other people.” It is important for the hiring practice to stay on the look out for warnings and clues before making an offer or, worse yet, hiring an optometrist who really does not intend to stay with the office over the long term.

Here is a list of red flags to look out for, as well as advice on how to deal with each:

Commitment to the Process 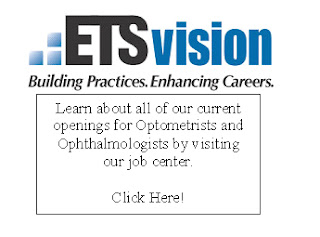 When a candidate’s commitment to work with you is in question, you may wish to ask, ‘I am sensing that you are not 100% committed to making a career change at this time, and that is 100% acceptable.  Am I reading this correctly?’

–Candidate doesn’t do research on the practice.

–Candidate does not reply promptly to calls or emails.

–Candidate resigns from current job before accepting an offer.

— Candidate does not respond to your requests.  Returns calls at odd hours or doesn’t return calls at all.

–Candidate nit-picks parts of an offer, deflecting your attention.

When you have questions about a candidate’s willingness or ability to relocate, consider asking them if they will speak with realtor or relocation coach.
–Candidate agrees to relocate his/her family when significant other has a good job and children are in school.

–Candidate has shared custody of children.

–Candidate has recently purchased a house.

When you suspect that a candidate has lied, exaggerated or generalized their qualifications or experience, you need to ask specific questions and obtain written documentation that verifies his/her claims.
–Candidate says he/she cannot share production figures because those numbers are confidential.

–Candidate’s resume states an accomplishment as ‘number 5 producer in the region.’

It’s relatively easy to recognize when candidates have unrealistically high expectations about their next career moves.  What’s not as obvious are candidates who apparently lower their expectations for their future roles.

–Candidate is unwilling to lower his/her expectations about compensation or is inconsistent about their desired salary.

Candidates may provide incomplete or inappropriate references, or resist providing any references.